Using humor to get attention

Last year I flew with a new Icelandic airline called Wow air. They’re a low cost airline so I didn’t expect much and since they had only been in the air for a month or two I expected some hiccups.

It was business as usual as when the flight attendants did their mandatory emergency demonstrations, I have often wondered if this is actually needed since most people have flown before and if something should happen and we would survive the crash most people would panic and hurry out of the plain as fast as possible.

I wasn’t paying much attention until I heard something out of the ordinary when the voice over the intercom said “if the cupcake looking plastic things drop down in front of you, stop screaming, let go of your neighbor and put it over your mouth.” 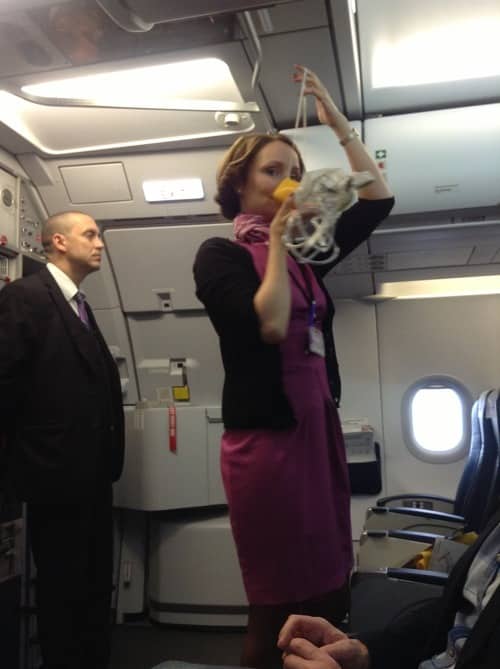 Wait a second… this isn’t the usual yady yada that you hear, this was actually kind of funny. Without thinking about it I started paying close attention to the voice and the lovely ladies in the yellow plastic vests. I listened closely waiting for their next joke or pun and as a result I’m now very well up to speed on what to do in case of an emergency.

This didn’t surprise me at all, I’ve known for a long time that humor helps getting and maintaining attention. I remember the best teachers from school were the ones that were able to crack jokes and put their boring topic into context using humor.

Does this also apply to banking? Can finances be mixed in with humor in order to get peoples attention?

Some think this is a line you shouldn’t cross. I disagree. You should cross it but when you do, do it carefully.

Humor can be used to explain how things work, introduce new features, draw attention and bring a smile to peoples faces. Doing your finances is hard enough as it is without having to deal with the beaurocratic boring messages you see in your online bank. Just be careful when in the context of debt, overspending or not reaching your financial goals.

Now it’s time to close my computer as the flight attendant just made this announcement over the intercom:

“Good news! It looks like we will be arriving in Copenhagen just as we had planned. This of course means we have to end this journey as we started it, with seatbacks and tray tables in an upright position. This of course serves no purpose, but makes the pilots very happy.”